Is Now The Time To Refinance For Remodeling?

World events rattled the markets last month and interest rates dropped noticeably. In the last few weeks, Zillow reported a 132% surge in refinance requests through its online mortgage marketplace, while the Mortgage Bankers Association’s weekly measure of application volume showed the highest level of refinance applications since January of 2015. 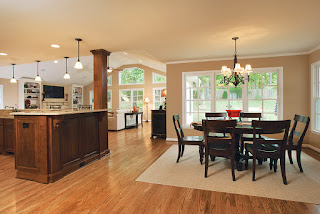 Refinancing can be a way to cut monthly payments, if rates fall considerably below a homeowner’s original mortgage rate. It can also help in other ways, enabling homeowners to pay down debt more quickly on a shorter-term loan or tap into equity for home improvements and other needs. And available equity has grown in recent years, thanks to rising home values.

Homeowners who have been dragging their feet about refinancing still have time to act. Zillow experts predict that rates will likely stay below 4 percent for the remainder of the year. And according to the most recent consumer credit access survey by the Federal Reserve Bank of New York, the rejection rate on refinance applications has dropped in the last year, indicating that credit is easier to get.
Could this be the right time for you to refinance and use some home equity to put towards renovations? 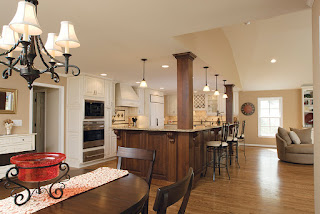 According to the New York Times recent article, Astrid Hanenkamp, 45, was pleasantly surprised to find that she could do significantly better than the 4 percent fixed-rate mortgage she carried on her two-bedroom co-op in the Hamilton Heights neighborhood of West Harlem. After making a casual inquiry with Jordan Roth, a vice president of Guardhill Financial Corporation in Manhattan, who helped with her purchase loan in 2012, Ms. Hanenkamp, a fashion designer, is planning to close on a refinancing next month with another 30-year mortgage, at a rate of 3.375 percent. Even after taking out a little cash from her equity for a bathroom remodel, she expects her monthly payment to drop from about $1,100 to around $980.

Talk to your preferred mortgage professional or have a look at AK's home improvement loan information to make your first step towards refreshing your home!