December 2012 | By Barbara Ballinger For RealtorMag


The design choices of 2013 will be shaped by uncertainty over how long current home owners will stay and what future buyers’ tastes may be. So, home owners’ needs and style preferences are more influential in today’s designs than what buyers want.
Here is a baker’s dozen of changes that design pros and manufacturers say are emerging and will make greater inroads: 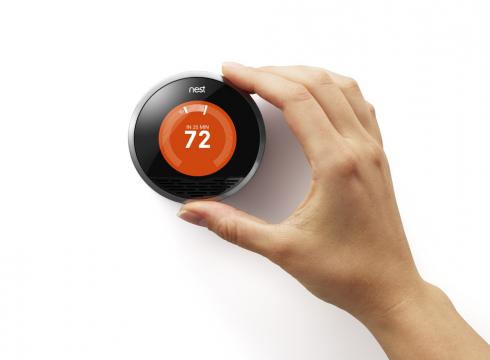 1. Smarter, Less Costly Automated Controls: With lives continuing to be busy and automation costs coming down, it’s become more affordable to control a home’s systems—temperature, security, electronics, lighting, and more—through a single device, even from an iPhone, iPad, or iPod. Doing so can eliminate multiple controls and make it easy for home owners to manage things around their home, even when they aren’t there, says Jim Carroll, a founder of Savant Systems in Cape Cod, Mass., which designs and develops integrated automation solutions. “The average family has more than 80 different devices that can be controlled with one system,” he says. Anna Lowder and husband Harvi Sahota are incorporating more of these systems in homes they build for their Mercer Home residential building company in Montgomery, Ala. One example is the Nest Intelligent Thermostat, which can be controlled remotely, react intuitively to home owners’ habits, and adjust to conserve energy costs.

2. Outdoor Living Rooms and Screened Porches: A trend that began a few years ago continues to inspire home owners to think beyond terraces and decks. These spaces have more of the feeling and function of an indoor room—better furnishings, fire pits, curtains, and even televisions and audio systems. Some spaces are designed as courtyards for greater privacy, yet with high-efficiency glass windows and doors to make them energy-smart and seamless with indoor rooms, says Lowder of Mercer Home. Further helping to blur lines between outdoor and indoor spaces is the rise of screened porches, which have gained more indoor accoutrements such as fireplaces, making them livable nearly year-round.

3. Outdoor Kitchens, Vegetable Gardens, and More: Interest continues in outdoor food preparation of all kinds—as simple as a grill and as elaborate as a built-in cook’s station with sink, storage, beer tap, pizza oven, refrigerator, and countertops. Newer amenities include a hybrid grill that permits cooking with both gas and wood or charcoal and prefabricated kitchens that save funds, says landscape designer Michael Glassman in Sacramento, Calif. With a kitchen in place, many home owners move on to plant a vegetable garden, preferably including raised beds to avoid bending too much, Glassman says. He suggests starting with what home owners want to eat and cook—tomatoes, peppers, garlic, and herbs for gazpacho or spaghetti sauce—and learning through practice what thrives in an area’s soil and climate. Essentials are healthy soil, drainage, and readily available water. The next new food trend is a backyard pond with organically-raised fish that home owners can consume without trekking to a market, says Erik Coffin, CEO and owner of Gotham Capital Management in West Hollywood, Calif.

5. Media Frenzy: With more families remaining home for “staycations” rather than traveling, rooms are being devoted to TV and other multimedia entertainment with comfortable seating, tables, and good lighting. They’re designed to have a more “home-y” feel than media rooms of the past, Garcia says.

6. New Neutrals and Color Pops: With the country still in the financial doldrums, neutrals remain more popular than vibrant hues, says Erika Woelfel, director of color marketing at Behr Paint in Santa Anna, Calif. Nevertheless, neutrals aren’t the same whites, creams, and beiges, she says. “A blue-gray that works well with the range of popular blues and the purples they’ve replaced are making inroads; they offer a fresh background,” she says. In contrast, bright new accents such as such as raspberry-pink may attract greater attention than a straightforward red. There’s also a range of yellows, which complement blue-grays. And designer Ron Marvin of Ron Marvin Design in New York also sees a trend toward orange and purple accents. How long will these colors last? “Paint colors tend to move in cycles of five to 10 years and follow other home-décor categories, which in turn follow fashion,” Woelfel says.

7. More Double-Duty Furnishings: With homes continuing to be scaled back and many baby boomers moving into condos, more furniture and furnishings need to do double duty in smaller spaces. Expect to see ottomans used for seating and storage, couches that convert to beds, and coffee tables that can rise for dining. This trend means that the one “room” in a house that’s not shrinking is the garage, which is often still big enough for two cars and storage.

9. Green Merchandise: Interest in sustainable products and materials keeps attracting attention—particularly when it comes to choosing paints, adhesives, countertops, and flooring. “Most furniture companies and paint manufacturers have at least one item or line that fits the green movement,” Garcia says. Large paint companies such as Benjamin Moore, Glidden, Kelly Moore, and Sherwin Williams offer zero-VOC or odor-free paints, according to Healthy Homes Plans, founded by Linda Mason Hunter, author of The Healthy Home: An Attic to Basement Guide to Toxin-Free Living.

10. Energy and Water Efficiency: Efforts to conserve energy and water throughout the home continue to be popular, including low-water toilets and sinks, better functioning furnaces, and improved insulation. Solar panels are more integrated into roofs so they’re less of an eyesore. Gray recycled water can be used in toilets and to water gardens, while more drought-tolerant plants and replacements for impermeable hardscape allow greater water retention, Coffin says.

11. Panelized Homes: More factory-built homes help to cut building costs at the site by reducing the amount of labor time needed in the field. Besides cost savings, there’s the ability to improve quality control, says Eric VanDerHeyden, executive vice president of RSI Development in Newport, Calif., which uses a variety of plans ranging from 1,232 square feet to 2,500 square feet. “It can cut the cost in half and construction time from a year to eight weeks,” he says.

13. Stylish Kitchens and Bathrooms: These remain at the top of many home owners’ wish lists, as they reflect the trend of remodeling rather than adding on, says Bill Millrolland, executive vice president of Case Design Remodeling in Bethesda, Md. The transitional look—a middle ground between traditional and contemporary—has become more popular. This is evidenced by choices such as cove rather than crown molding, dark-stained or painted finishes rather than natural maple or cherry, and larger format 24” by 24” tiles rather than smaller 12” by 12” and 6” by 6” ones, he says. Designer Wendy Johnson in Manchester Village, Vt., also sees continued interest in kitchens, particularly when they become even more open “live-in” spaces for cooking, eating, socializing, doing homework, or paying bills. Likewise, master suites serve multiple functions, including unwinding, sleeping, and bathing. Millrolland reports more requests for Universal Design features that permit home owners to age in place but don’t convey an institutional look: Grab bars masquerading as towel bars, kitchen counters of different heights for wheelchair access, and wider hallways and doors to permit walkers and wheelchairs through.

No matter what the market’s doing though, the best advice you can give to home owners is to make design decisions based on their hearts and wallets rather than media predictions and hype.