Friend, speaker and author, Mel DePaoli (Brand Or Culture) recently posted on Facebook of her intention to host a "wall-writing" party at her new home. Being in the business of new rooms & new homes we naturally loved the idea! (In fact had even suggested it to a client some years back as something that her teens may enjoy doing in their basement before AK finished the basement remodel) If you're not sure what a wall-writing party is, we'll let Mel explain:
"So my husband and I moved into our new place last month. Knowing we would be doing some painting, I got the brainy idea to have a “Wall-Writing Party.” For whatever reason this generated a bunch of interest and people wanted to know What is a wall-writing party? Since you asked, I will explain.
I have a reputation for creating my own traditions instead of following others’ so when I got the idea to write on walls, I didn’t get to many surprised looks. Here is the invitation that we had sent out:
Come join us for a Wall-Writing Party! As you know, we just bought our first house and
would like to invite you to come help us make the house, our home.
So what is a Wall-Writing Party?
Every culture, heritage, and family has their own tradition and as many of you know I pride myself
in creating our own traditions. Since they usually tend to be a little off–the –wall, this time we decided
we would write on the wall.
We would like you to join us and take a behind the scenes, sneak peak of the house before we move in.
Help us document good wishes, happy drawings, and fun on the walls of the house. After we write,
then we’ll paint and move in. (Both of which you are more than welcome to help with!)
What should I bring? Since the house will be empty, bring whatever will make you comfortable
or help us to celebrate.
While that was the goal, things ended up happening a little differently. We got the keys five days before our Wall-Writing Party and we were just a bit excited. So we moved about half of our stuff in and slept on a blow-up mattress until the official moving day.
Preparing for the wall-writing party I knew not to use permanent markers as they will continuously bleed through, so I went with good ol’fashioned Crayola washable markers. We have textured walls so the thin points didn’t work as well as I wanted, so I also got flip-chart markers that “won’t bleed.”

The Crayola markers truly were washable, heck if you rubbed up against it the drawing or words they came right off, the flipchart markers adhered quite nicely but with some elbow grease you could’ve gotten them off too—I was set, markers that wouldn’t bleed through paint—or so I thought.
Anyway, the night was a success and a lot of fun. People were allowed to write in every color except red and various shades of red or pinks. We ended up with English, Chinese, Indian, German, Spanish, and ‘kid’ on the walls with everything from well wishes, to inside jokes, even some drawings. The only rule was that if you wrote on a wall that wasn’t marketed as “writeable” (by a special symbol that was already written on each of the walls) then you had to come help us paint it back. But everyone was good and only wrote on the designated walls.

We also learned about an Indian tradition of bringing something sweet the first time you go to someone’s new house. That is a tradition I think we will adopt! We served some appetizers and were even able to get the Science Experiment out! Jolene saw it and goes “WHAT IS THAT!” She took video of it with her Personal Camera Crew Stick. Which I must add I absolutely love mine—but that is another story!
Anyway, after everyone left my husband Randy and I added our own wishes and thoughts, and then we went back with the red markers and connected everything. Red can be a very powerful color and I used it as a way to ‘activate’ the good wishes, love, and fun that we had documented and intended on preserving in the walls of our new home.
So that was the wall-writing party. Simple and low-key, but heartfelt and fun, next came covering up the so-called washable and “won’t bleed” markers! Maybe that will be my post next week. Until then . . . share with me any traditions you have when someone buys a new house.
You can see some of the pictures here: http://www.facebook.com/media/set/?set=a.1921844053161.114234.1453869325&l=a81842d1af  " 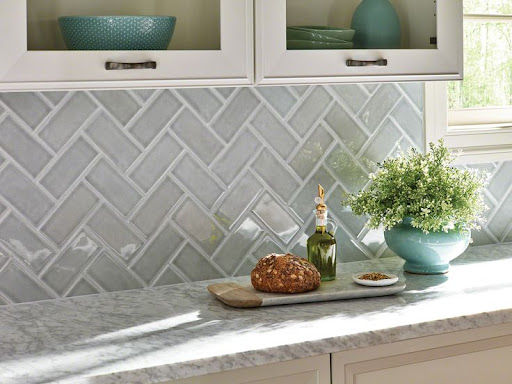 Winter Updates For Your Home